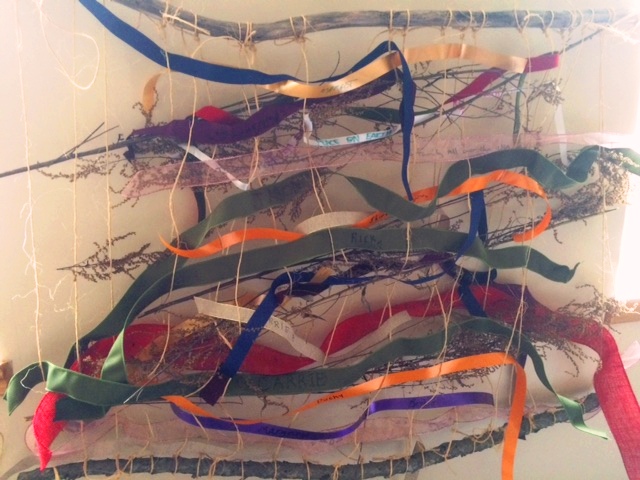 We think you will find this personal story shared by our guest blogger Marketta Gregory inspiring and thought provoking. Marketta shares her gentle and insightful words at http://simplyfaithful.com/ .

“We have different gifts, according to the grace given to each of us…” – Romans 12:6When my mama talks about her third pregnancy, she always says that she knew something wasn’t quite right. “It’s nothing,” my daddy would say — right up until the doctor saw that I was blue and fading fast.
Mama had been right. The umbilical cord was wrapped around my neck and arm, and I was choking.
As my parents tell it, the doctor never said a word or asked their opinions, he just reacted as a man sworn to save lives. He got me out as fast as he could, knowing that he might be causing nerve damage in my neck and arm.
Later, he would tell my parents that my arm might not ever grow or move on its own. “But, I figured you wanted her alive,” he told them.
So, my parents took me home to my two older sisters and they waited and watched. Two months and three weeks later, I moved my right arm. I could move my wrist and wiggle my fingers, according to my baby book. By six months, I was crawling — not on all fours like most kids, but I could sit and scoot with my left arm. It was progress.
Eventually my arm did grow, although it’s still a little shorter than the left. I can lift my right arm almost to my chin but my wrist seems to always be bent under a bit, something that has forever bothered me in photos.
One of my earliest memories is of having my picture taken in front of a wagon wheel that was almost as big as I was. The photographer had me rest my right arm on top of the wheel and then tried to flatten out my wrist. Within a second, it had bounced back into its U shape. She tried again. It bounced back.
The older I got, the more sensitive I became to being different — and the more determined I became to fit in. Of course, that’s hard to do when you play trombone and have to use your foot to reach seventh position or when you have to swallow your pride and ask a classmate to sharpen your pencil because the sharpener is mounted too high on the wall. Still, I managed, and I even learned a little in the process.
Ironically though, I never knew what my birth injury was called until my late 20s, when pain in my arm made me seek out a specialist in Erb’s palsy. While I was waiting for that appointment I wrestled with my arm in a new way. What if there was something that could be done now to help my arm?
Would I change it if I could? At almost 30, would I re-teach myself to tie my shoes? Would I discover that I’m not left-handed after all?
No, I decided.
I wouldn’t.
I had my arm to thank for my entire world view — a set of values that helps me empathize with others; a set of values that says there are many ways other than the “normal” way. I was fine the way God had made me. And isn’t that where hospitality begins?
We begin by knowing we are welcomed by God and then the welcome grows.